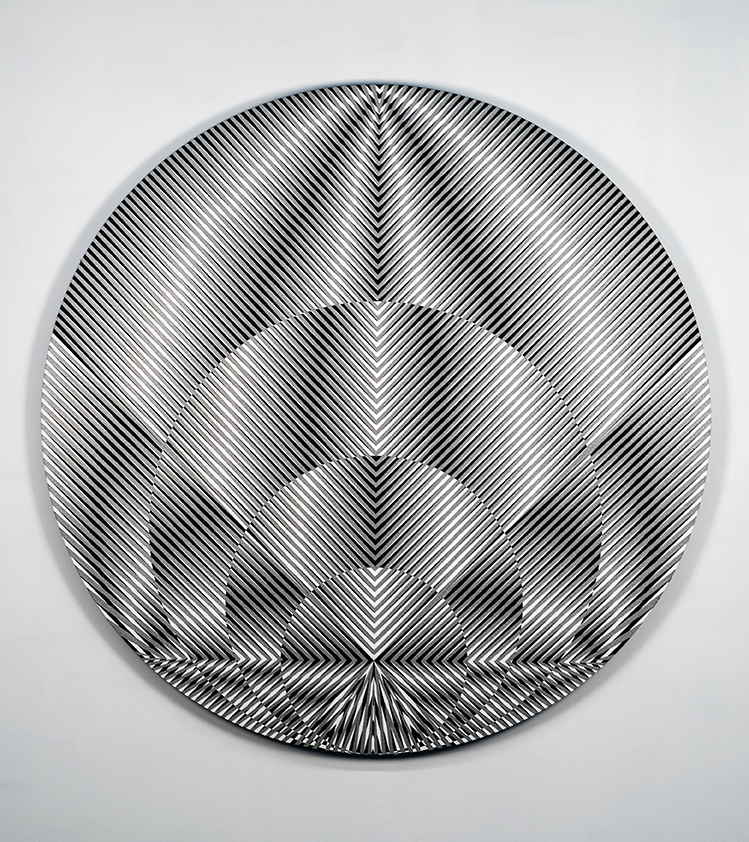 Market Street Stride was the first major large panel painting that I’ve made at Aferro.  The title refers to Market Street, the home of Aferro and location of my studio in Newark.  Market St is a main vein of cultural Newark, and it is changing daily with many exhibition venues, studio/residency programs, and a host of similar organizations within walking distance.

As a record collector, one of the labels I’ve always been fascinated by is the Savoy Records, which was founded in and operated out of Newark.  Curious to find out more about it, I soon learned it was run out of the owner’s appliance repair store when it was started in 1942 at 58 Market St., directly, as it turns out, across the street from Aferro.  Today, that address is one of Newark’s many parking facilities. Savoy and its subsidiary labels recorded such artists as Charlie Parker, Miles Davis, Dizzy Gillespie, John Coltrane, Archie Shepp, Sun Ra, and Newark’s own James Moody and Ike Quebec, not to mention a host of other jazz, r & b and gospel pioneers too numerous to name here. 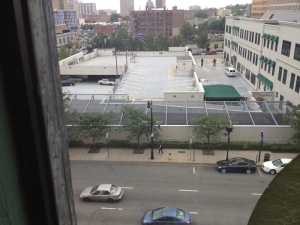 View of Market St today showing former site of United Radio Company, a record and musical appliance store owned by Herman Lubinsky, founder of Savoy Records.  This was shot from the window of a future studio of Gallery Aferro.

The stride in the title of my painting refers to the piano style.  Newark was home to two of the most famous stride pianists, Willie “The Lion” Smith and Donald Lambert.  Smith grew up a couple blocks from Aferro, at 76 Academy St.  Somewhat forgotten today, he was one of the more colorful figures of his time; a cigar and derby were his trademarks, but he deserves to be remembered on the merits of his piano playing.

Unlike Smith, who made the move to New York, Lambert stayed in Newark.  He avoided offers to play in New York, where he would have to follow the dress code of the day.  He prefered dressing as he pleased and spent most of his time playing on Halsey St.  Legend has it he held his own or won more than his share of cutting contests with the likes of Smith, Art Tatum and Eubie Blake.  Because he avoided the spotlight, he made only four known recordings, all of them covers of classical music, during his prime, although he did play Newport and other festivals in the late fifties, shortly before his death in 1962.

Back in the heyday of swing and bop, Newark was considered a backwater compared to Harlem.  That is not to say there was not a lot of music, and very good music, going on.  It’s been incredibly well documented in Swing City, a wonderful book on Newark Nightlife, 1925-50 by Barbara J. Kukla.  Unfortunately, the music scene in Newark was not as well documented on record as it could have been; the owner of Savoy Records was notorious for cheating his artists, and many local musicians prefered to go unrecorded than to record for him.  Newark provided the setting for important avant garde jazz musicians like Wayne and Alan Shorter, Grachan Moncur III, Woody Shaw and Larry Young in their formative years.  It was also an important city for the Hammond B3 scene of the 50s and 60s, featuring many important organ rooms that went uncelebrated until decade had passed.