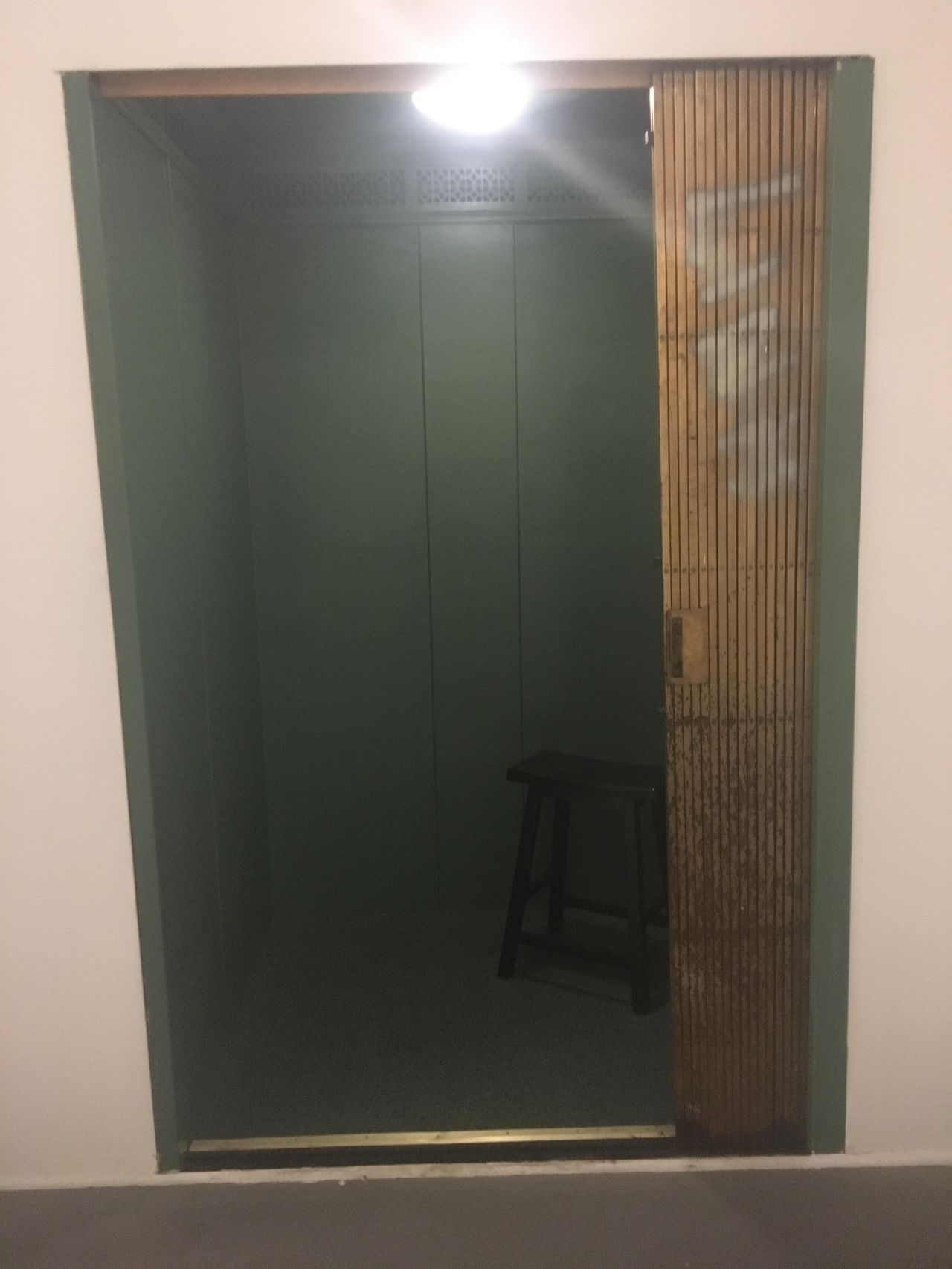 Before walking into Gallery Aferro, I wasn’t sure what to expect. I never thought that a large art gallery was positioned on Market Street amidst the hustle and bustle of a street that never sleeps. But as I carefully counted the street addresses, it wasn’t long before I stood directly in front of it. Aside from the words Gallery Aferro written on the doors it was completely camouflaged. As I pushed open the door and walked inside, it was as if I had entered another world. The bright lights illuminated the large open space and called me forth like a moth.

I walked around slowly, staring at the many sculptures that rested securely on pedestals as if they might come to life. I thought about the fragile expressionless figurines that I had recently made that would fall apart at a moments notice. Naturally, I quickly pushed them to the back of my mind.

As I walked through the building, I realized it had a personality of its own. The floorboards whined emphatically like an antiquated alarm system. I walked to the second floor and found myself standing in front of a narrow, well lit, decommissioned elevator. The inside was army green and a stool sat inside. I was informed that this elevator, Elevator Music 3: Studio Sounds, would be a permanent installation.

It looked as if it had enjoyed a long run as an elevator before it was honored with this installation status. At that moment there was no audio playing and I wondered what the supposed allure of this elevator was.

Returning to it later on, I stumbled across a heated debate about religion. I had caught the tail end of the conversation but it was clear that the woman speaking was adamant about her opposition to the institution. I looked up realizing that the audio was playing. The conversation completely transformed the experience.

I felt like I was eavesdropping on the conversation of the elevators past patrons in a private moment. And there are few things more enjoyable than risk free eavesdropping.