Aside from the gallery work I’ve done since graduating Ramapo College of New Jersey in May of 2016 I’ve also worked as an artist assistant the other half of my long weeks. I presently work for three separate artists in their respective studios with a plethora of tasks and responsibilities some of which falls on the administrative and registrar-like side of things.

The majority of the work I do as a studio assistant, however, is hands on and messy. When not helping one artist to building a shelving system for his growing body of work I am preparing grounds for different kinds of painting. I’ve lost count of the amount of hardboard panels and canvases I’ve gessoed or applied medium to – as a matter of fact over the last few months one of my artist bosses has given me a more active role in his art-making process. I’ve graduated from only preparing surfaces to receive paint and painting borders to getting started on the art itself, laying down the first compositional elements, etc…

I don’t take the trust that’s been invested in me for granted. I think that when an artist trusts you enough to allow your mark-making to permeate their work, you’ve hit a very sweet spot. It must be a big deal when an artist is not asking you to mimic or imitate their style because at that point they are not interested solely in your skills but more so in your problem-solving (or problem-causing) and intuition.

So as it were, every week since about January or February of this year I’ve spent some time getting my hands dirty in another artist’s art practice. Normally one would think working for artists helps an assistant to feel inspired but being an artist myself I’ve noticed that the opposite is also true. These countless hours spent preparing, applying coats of gesso or medium, sanding, and now painting, tend to more or less satisfy my weekly quota/desire for those things. If making art was a hunger, or a thirst, these things definitely satisfy that hunger – even if only momentarily, which leads me to brings me to my quarrel – is working closely with the art-making process of other artists filling the gap I should instead try to fill with the production of my own art? Am I becoming less attuned to my own art-making process now that I’m engaged in the art-making process of others? This could be entirely possible. In a week padded out with work it’s difficult to find time to dedicate to art, and when some of that time is already dedicated to art making, even if it isn’t my own, it’s like I’m being tricked into a false sense of security. “You’ve made art” my body tells me, but the feeling is not the same. It’s for sure a sense of satisfaction but it’s just a quick quench. It’s doesn’t serve to fill the void making my own art fills up.

A recent drawing in my sketchbook 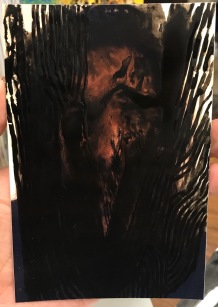 A study with ink on a photograph, 1

A study with ink on a photograph, 2 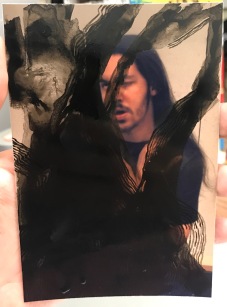 A study with ink on a photograph, 3

What is also very likely (and also what I dearly hope is happening instead) is that this lull in my productivity comes from newly cemented job positions, time management leaving a lot to be desired, and lack of good nights of sleep. Between you and I the last time I sat down to make art somewhat seriously was in April because I was feeling super inspired but soon it waned back down to a simmer. In the mean time I’ve given my sketchbook ample love and I’ve been planning and planning and planning for the next body of work. If working on other artists’ art was simply keeping me at bay while I readied to tons of art it’d be one thing, what I’m afraid of is that working on other artists’ art is becoming enough. ■ 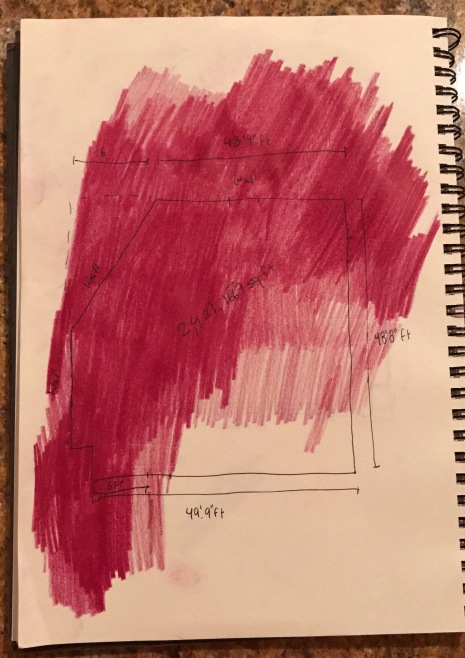 A color drawing made during a family weekend

A color drawing of my brother in law