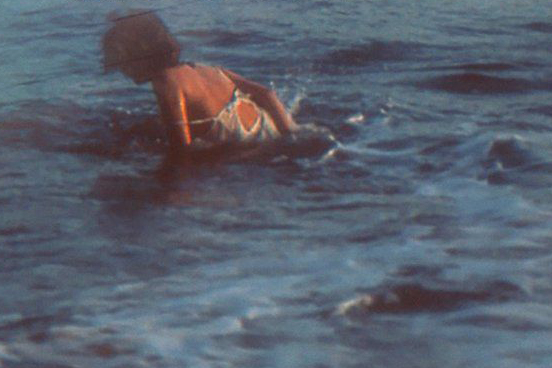 Here is where I make my foray into music critique. GOD I knew it was coming but this is the perfect platform for it because music is one of my priorities as an artist, not to mention it has greatly influenced my artwork and I’m sure it will continue to influence my artwork in the future. I mean… tune back into the blogs in about two weeks for my piece on why I made a self-portrait where I painted my face over Björk’s iconic “Homogenic” album cover. How’s that for music critique?

So the beginning of THIS particular story is a bit hazy to my knowledge because I just pirated this album. But apparently earlier in March, Michael Angelakos (lead singer and presently only member of Passion Pit) released “Tremendous Sea of Love,” the Passion Pit project’s fourth full length release in total, via Twitter dm’s to people who twitted and retweeted real passionate stuff about science (dope, right?). Now’s a good time to admit I’m just alright on Passion Pit – I like a few of their songs from the 2010’s and that’s about it. What really drew me to this album was the title, actually, “Tremendous Sea of Love” is almost deceptively welcoming for album title. The use of the adjective “tremendous” is what really intrigues me because it suggests that the album will dive not only into important instances or iterations of love but also meaningful ones. Angelakos is a recently out gay man, he came out in 2015 a few months after divorcing his wife of two years, Kristy Mucci.

I tend to find stories of gay people in marital relationships with people of the opposite sex intriguing. I don’t know what Angelakos’ and Mucci’s personal lives were like together and it’s certainly not up to me to interrogate or pry or question, but I think it takes a certain kind of trust and friendship and ultimately love to allow any two people to come together in marriage. It also is not uncommon for gay men to marry women and to then come out as gay in their adult life. Acceptance of one’s own homosexuality is still a developing thing, especially for people who grew up generations ago when being gay meant you’d be ostracized by your peers and disowned by your family. And to stay alive one adapts, and in adapting I think it’s likely that true love does bloom between two people, regardless of what labels they might use to identify their personal sexual orientations. Angelakos’ and Mucci’s marriage ended up in divorce, however. And regardless of what their relationship looks like in the present day, I can’t help to feel for Mucci because women are known to play the role of emotional support and to act as supportive “rocks” in relationships; it’s basically expected of them. So for a woman to act as rock to a closeted gay man is extra frustrating because no matter how much love they may have for one another they are not providing what the other needs – they almost can’t.

And as much as she might love her ex-husband and have his friendship now it doesn’t change the fact that she was married to someone who loved her but ultimately made the choice to no longer be with her because their true self was never going to really live up to that promise. It sounds like an emotional pitfall honestly. As a gay man I don’t ever want to let women down but this involves not marrying them under the promise of love because I am not capable of reciprocating this love for them. What is the point of a marriage if not for the full reciprocation of love and understanding between two people trying to get better for themselves and each other (I’m sure there are other points – let me have this while I’m 23).

So to name an album that essentially trails one man’s life experiences post divorce and after coming out “Tremendous Sea of Love” seems like a big deal. Like the kinds of love being talked about are different and more tangled, and the tangles are plain to see. There are at least two tracks in the album in which Angelakos sings directly to his ex-wife, one of those songs is aptly titled “Hey K,” and they make for some of the most introspective moments in the track listing. There are also several points in which Angelakos sings about his mother, whether it’s in a song dedicated to her or including a soundbite from a voicemail she left him about daily life as he does towards the end of the song “Somewhere Up There.” Other tracks tread self-acceptance and interspersed through the album are sounds and writing that call back to more physical and literal references to seas and waterscapes. The album’s title track consists of Angelakos singing pitched and warped to resemble whale calls amidst sounds of waves and electronic static.

I think the combination of emotional songwriting, over-the-top electronic arrangements, elongated sound passages and found sounds makes for a very compelling record – one of my favorites of the year in fact. But let’s shift gears for a moment! This entire think piece exists because things got a little tricky when the album was officially released to iTunes and the rest of the streaming services in July. It became immediately clear that the version that Angelakos dm’d people on Twitter, uploaded to Youtube and that I pirated was either a demo version or an unmastered version of the final product which became available in July. The March release sounded rougher and jagged; bits of songs sometimes crackled in my headphones under the weight of their own hugeness, which actually meant the songs felt more direct and packed a more potent punch in my opinion. Sometimes songs were so bombastic I couldn’t make out the words Angelakos sang.

It seems that between March and July, work was done to smooth over the grittier bits so that the crackle disappeared completely and the synth melodies were now fully listenable. Every key is in focus, every sound is in full view. There is no more chaos, or at the very least it’s controlled chaos. The album felt overall more polished in order to stand up to the $9.90 price tag on iTunes. And I get this, because it’s not uncommon. Earlier in 2011, English producer Jai Paul released a song out into the world that is now gently forgotten but that wroth waves over the music critic masses at the time. The song was “BTSTU (Demo)” and it alone was enough to land him a recording contract with XL Recordings. I could go on but the rest of the story is not that important if for the fact that when the song was ready for ‘official’ release on the iTunes and XL platforms it was the“BTSTU (Edit).” 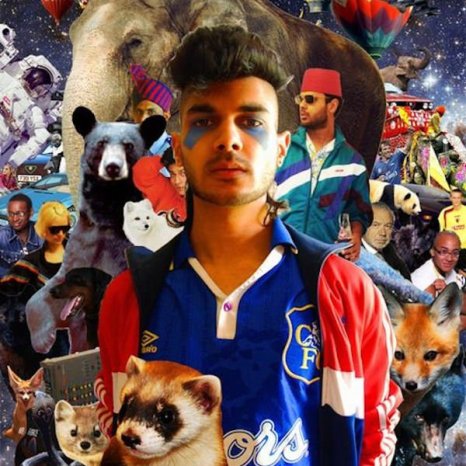 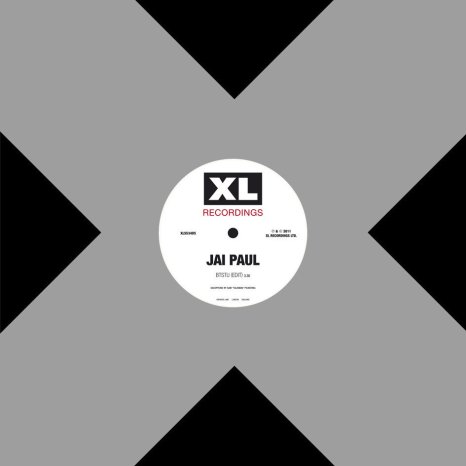 Having done away with the soft crackle that originally permeated the whole track and punctuating the snares to they were sharp instead of crisp, “BTSTU (Edit)” was club and airplay ready; it was good but the original qualities that enveloped me while I tried to make out Jai Paul’s soft falsetto from the distortion in the opening seconds of the track were all but gone. I only kept the demo version of the song, throwing away the edit completely.

Years later in 2016, Kanye West did something similar thing with his album “The Life of Pablo.” Meant to exist as a living album and undergoing several edits and iterations before West decided to leave it alone (for now at least), “The Life of Pablo” exists in pretty much the same format as “Tremendous Sea of Love” does now. The track listing did not change drastically through “The Life of Pablo’s” many iterations but the sound did. The pirated version I listened to last year is one of the last stable holdings that existed before the most recent iteration. It’s 19 tracks instead of the present 20 and lacks several major edits West introduced to key tracks such as the stunning opener “Ultralight Beam (feat. Chance the Rapper & Kirk Franklin)” and several of the tracks in the opening run. It also did away with a lot of the compression I think I experienced from listening to versions of tracks that were probably sneakily extracted from Tidal and uploaded, downloaded, uploaded and downloaded to great lengths before making their way to me. Nonetheless the compressed, tight, dense, almost crunch these pirated files packed became so familiar that by the time I had a chance to listen to the “official” version, its languid, expansive, and expressive quality was almost jarring by comparison. 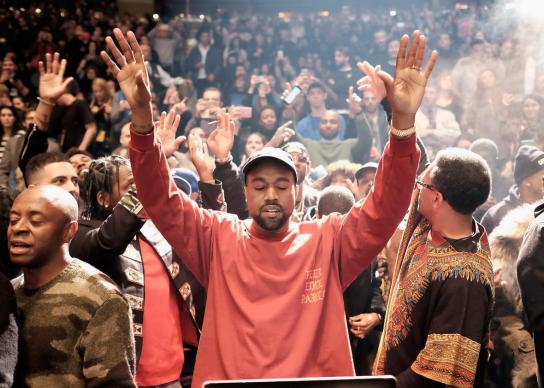 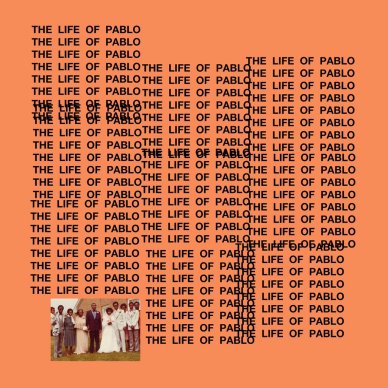 “The Life of Pablo” album cover

It’s all my fault really, because I’m sure musicians want you to listen to what they think is the best version of their music. But regardless of my love for a musician they can only do so much to point my preference towards one or another thing. I like what I like, and if a crunchy demo song sounds better to me than its well-rested studio version then well… that’s the one I’m keeping.

Unlike “The Life of Pablo’s” more deliberate track listing changes, both versions of “Tremendous Sea of Love” have the same tracks but in slightly different orders. When I changed the order of the songs in the new version to the order they were in the older version I could stand to listen to the album without many complaints, but with the new version in its present track list order I actually think it’s weaker. And because of the production gloss over the rougher bits I think they also pack less of a punch – or I guess they still pack a punch, it’s just a bit more measured. I guess this is all to say sometimes just because an album has a version that “sounds” better than the demo-quality material it won’t mean that it’s of better quality.

The one thing I think anyone who likes to listen to Passion Pit likes in their music is Angelakos’ absolute WAILING. He cares not for your ears when he belts and soars and it’s beautiful, it’s bold, it’s admirable. And earlier in March his vocals were much louder and present in the mix of these songs whereas in the July release his vocals were finessed and became interspersed and layered within the instrumentation; again there’s still punch but it’s more measured. There was commendable attention paid to subtlety, but this subtlety essentially hindered the sheer raw emotion that was once there. “The Undertow” (my favorite track in the album) now sounds just pretty when the earlier version was more like GUT-WRENTCHINGLY beautiful, does that make sense? I hope it all makes sense. 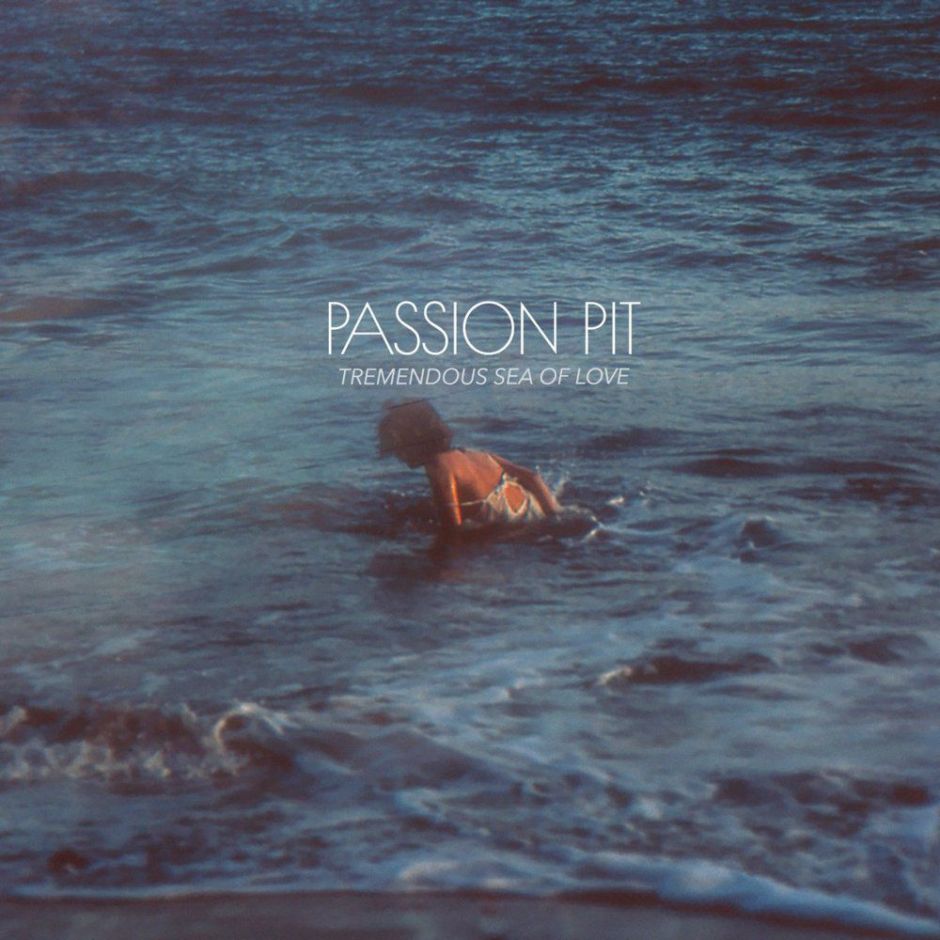