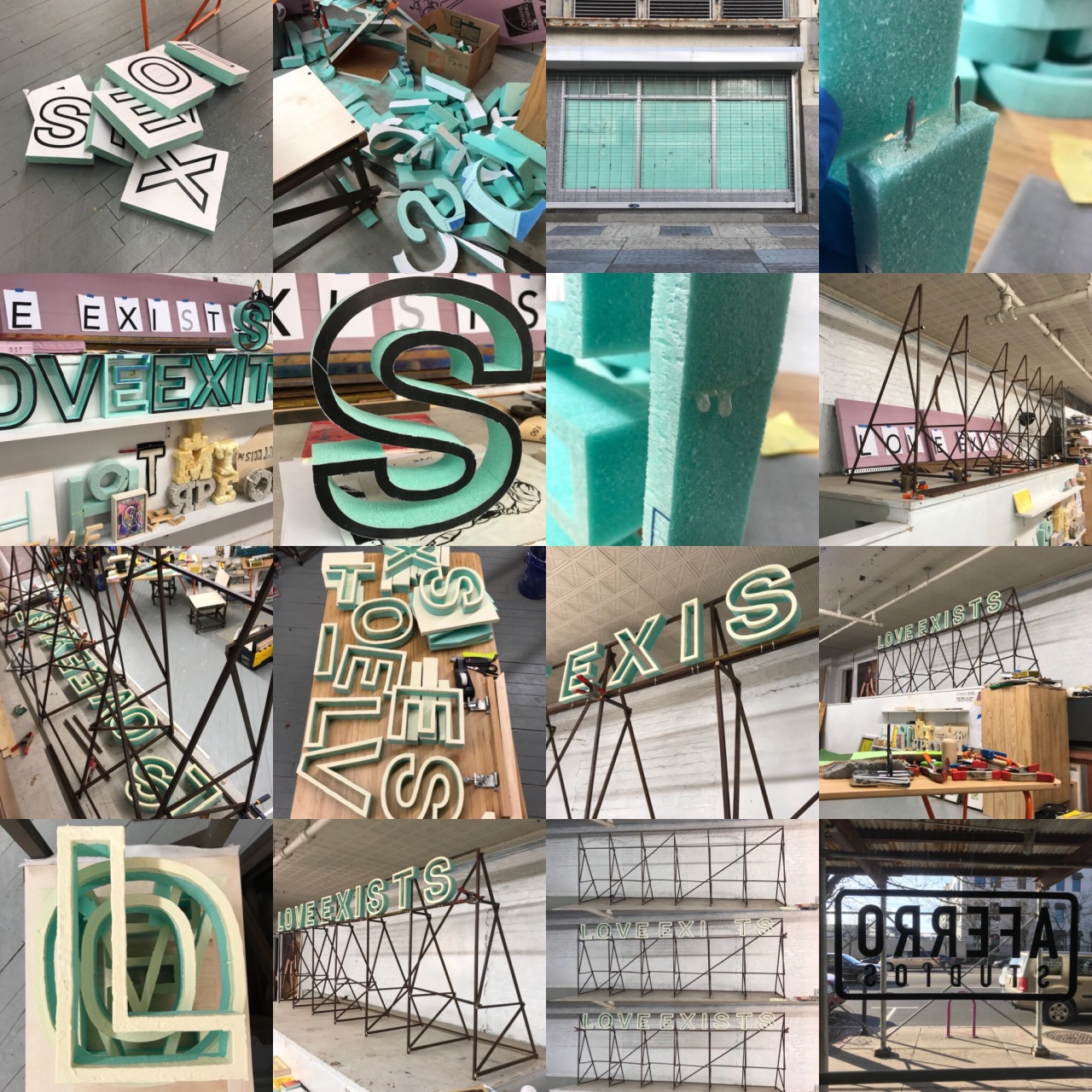 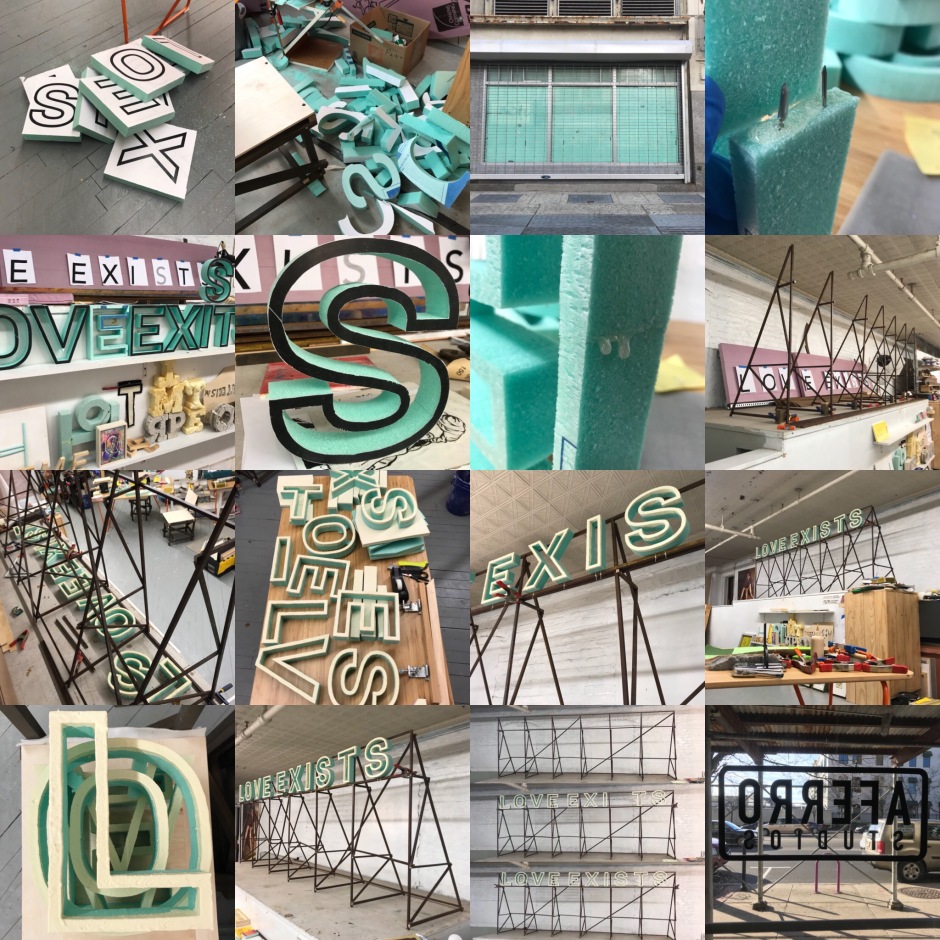 Newark is filled with rooftops bearing empty billboard trusses. It is hard to escape heavy thinking about what words might once have adorned these Praying Mantises. Surely for those with long enough memories, the geometric structures must resemble kindling ablaze with such hot fires their flames burn invisibly. By virtue of absence, words long ago removed must contain special significance for any member of the area able to recall them. Similarly, though sometimes in shambles, many of these trusses are primed for a re-emergence on the new scene.

This is my second blog post since the beginning of my studio residency at Aferro Studios on Market Street in Newark. I am now fully energized by my observations and engagements within the area immediately surrounding the studio building and further afield in Newark. During lunch hour walks, strolls to and from the train station, breaks/reconnaissance missions and general parking quests I can see a neighborhood in rapid transformation. Makeshift signs covering older signage and evidence of fast-paced demolition and construction are evident on literally every block.

I have spent most of the past month developing the above thoughts and tying my ideas into a personal narrative of an ongoing separation and divorce in my marriage. The result is the work in progress you see in the pictures, the fabrication of a sculpture that encapsulates my thinking and observations about the aforementioned cycle of rapid growth followed by rapid entropy, reshuffling and back again.

Centered on the oddly delicate form of a rooftop billboard truss, the channel cut words “LOVE EXISTS” stretch along an eleven-foot expanse of oxidized cherry latticework. The letters were cut with a scroll saw from two-inch thick blue insulating Styrofoam and plunged face down in molten beeswax, pigmented white. If this all sounds too bespoke for you I can tell you that my experience as a painter as well as a furniture maker informed every aspect of this work.

Still to be completed is the microprocessor tinkering and electrical work required to establish an internal lighting sequence.

And on and on.

Thank you to Gallery Aferro’s Emma Wilcox for taking time to identify and discuss the phrase “billboard truss” and her related, incredible work.