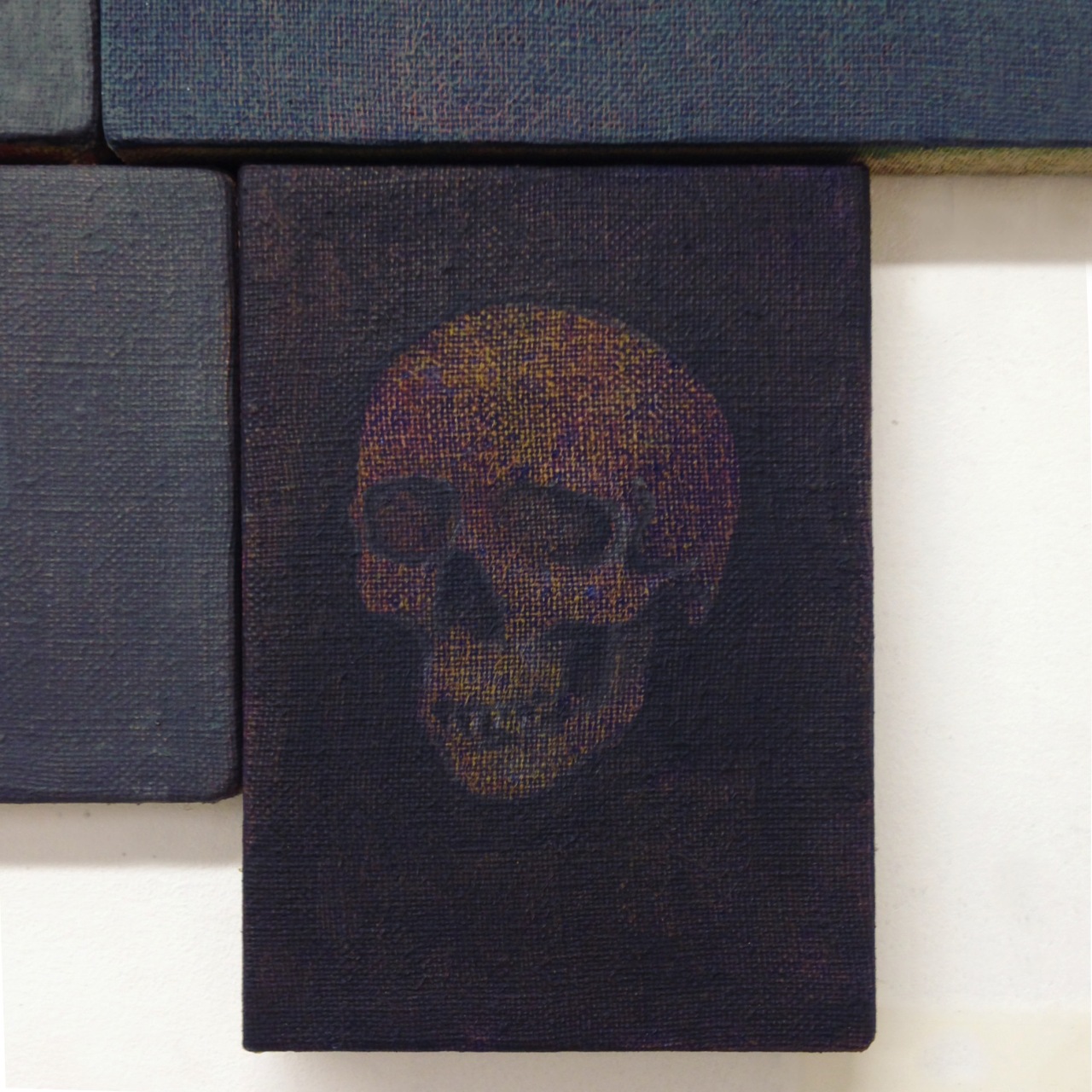 This summer, thanks to Aferro, I once again had the chance to have an intern as studio assistant. Photography student  Rachel Betts helped me with creating the under-paintings in layers (strata) which are the beginning stages of the skull paintings I’ve been making since early this year.  The potentially loaded skull images, and my touch in making them (unusually painterly, relative to most of my work) could suggest a kind of subjective expression I did not want as a singular outcome. So opening my process to someone else provided an aspect counter to that. 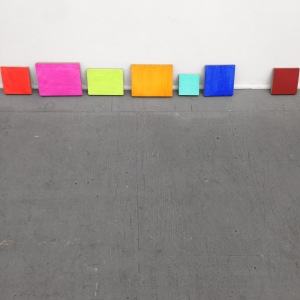 The paintings start with layers of bright color, and then transparent layers on top, slowly building toward rich neutrals. Rachel was free to pick the sequence of colors in the series, though we also sometimes discussed choices in progress. It introduced another stratum to the the skulls, a different mind making some of the minute decisions that compose an individual painting’s history.

As it turned out, Rachel was extremely skilled in laying down first coats of brilliant color, only slightly inflected with brush marks. She also worked on subsequent coats of under-painting, laying contrasting colors on top of one another, moving each canvas toward the muted surface which I would ultimately mark with another skull drawing/painting.