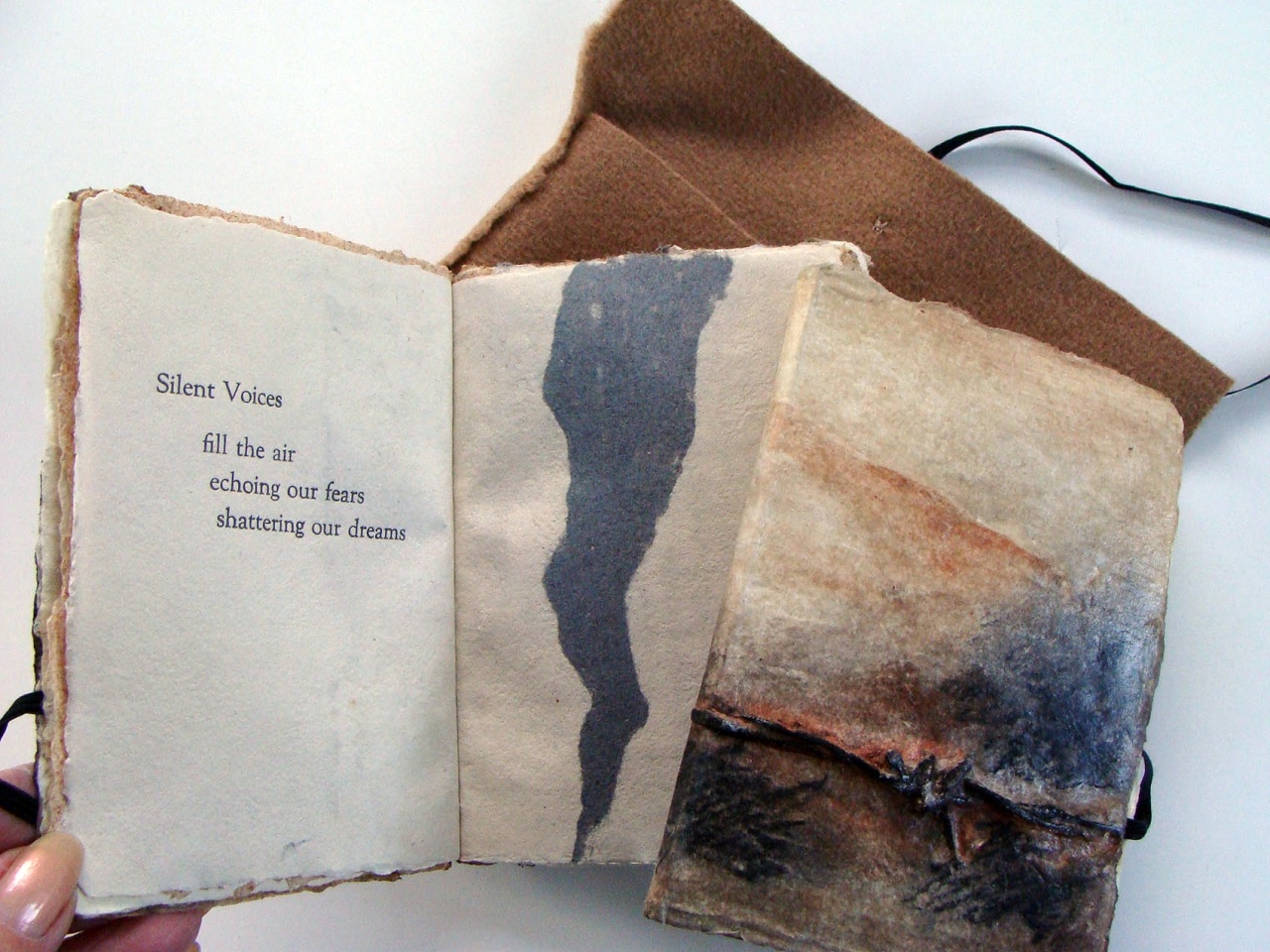 “Silent Voices” was created in 1982 as a response to the plight of Argentinian editor Jacobo Timerman and the thousands of persons whose voices have been stilled by political repression. As a result, the images, materials, techniques, and scale of my book were chosen for their ability to suggest such a visual diary as might be fabricated by a prisoner as a symbolic document of his or her ordeal. Small enough to fit into the hand, it is less than overt in its images and constructed in a manner to reflect its function as an intensely person record.

“Silent Voices” is the only of my artist books which is editioned with 23copies and 2 artist proofs. For this book I created a series of handmade papers, moldmade relief covers and included etching, embossing and letterpress images.

His book would become a literay benchmark of documentation and introspection on the ease whereby democracies can descend into chaos perpetrating heinous acts of inhumanity.

An inveterate reader I did not realize at the time that Timerman’s non fiction memoir on his arrest, imprisonment and torture would be the genesis of my multi-decade series of works collectively titled “Silent Voices”.

Timerman’s book continues to inform all of my work.